Since it's Christmas time now, and we're theoretically supposed to be enjoying ourselves and spending time with our families instead of waging endless holy wars on Twitter, this blog post will offer some games that you can play with your friends that will help you have fun and at the same time understand some spooky mathematical concepts! 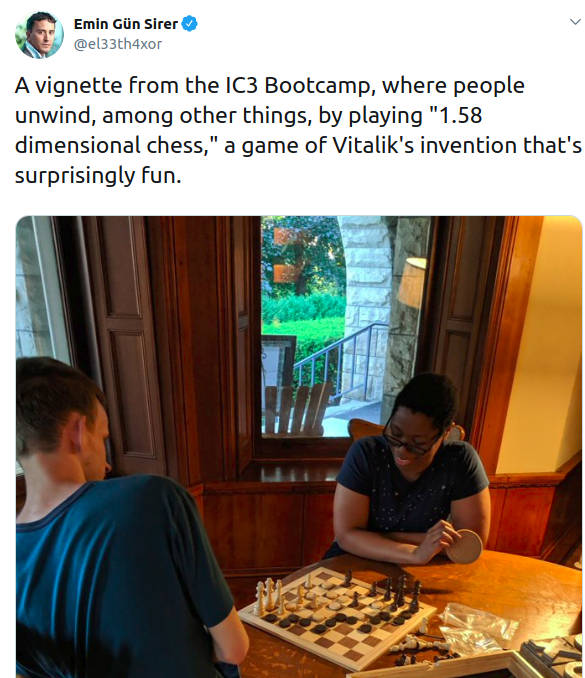 This is a variant of chess where the board is set up like this: 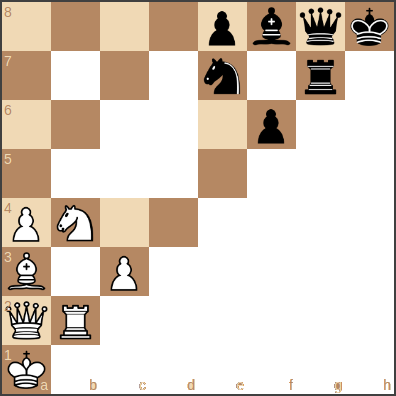 The board is still a normal 8x8 board, but there are only 27 open squares. The other 37 squares should be covered up by checkers or Go pieces or anything else to denote that they are inaccessible. The rules are the same as chess, with a few exceptions:

The game is substantially simpler and more "tractable" than full-on chess, and it's an interesting exercise in showing how in lower-dimensional spaces defense becomes much easier than offense. Note that the relative value of different pieces may change here, and new kinds of endings become possible (eg. you can checkmate with just a bishop).

The goal here is to get 4 in a straight line, where the line can go in any direction, along an axis or diagonal, including between planes. For example in this configuration X wins:

Here, we go back down to having two dimensions, except we allow lines to wrap around: 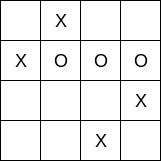 Note that we allow diagonal lines with any slope, as long as they pass through all four points. Particularly, this means that lines with slope +/- 2 and +/- 1/2 are admissible: 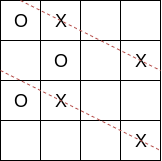 Mathematically, the board can be interpreted as a 2-dimensional vector space over integers modulo 4, and the goal being to fill in a line that passes through four points over this space. Note that there exists at least one line passing through any two points. 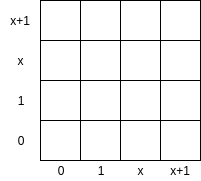 Here, we have the same concept as above, except we use an even spookier mathematical structure, the 4-element field of polynomials over \(Z_2\) modulo \(x^2 + x + 1\). This structure has pretty much no reasonable geometric interpretation, so I'll just give you the addition and multiplication tables: 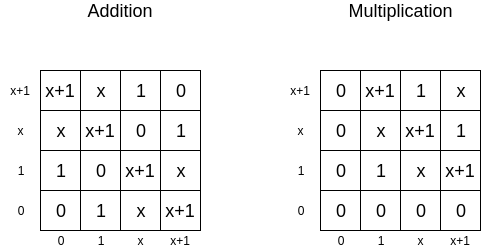 OK fine, here are all possible lines, excluding the horizontal and the vertical lines (which are also admissible) for brevity: 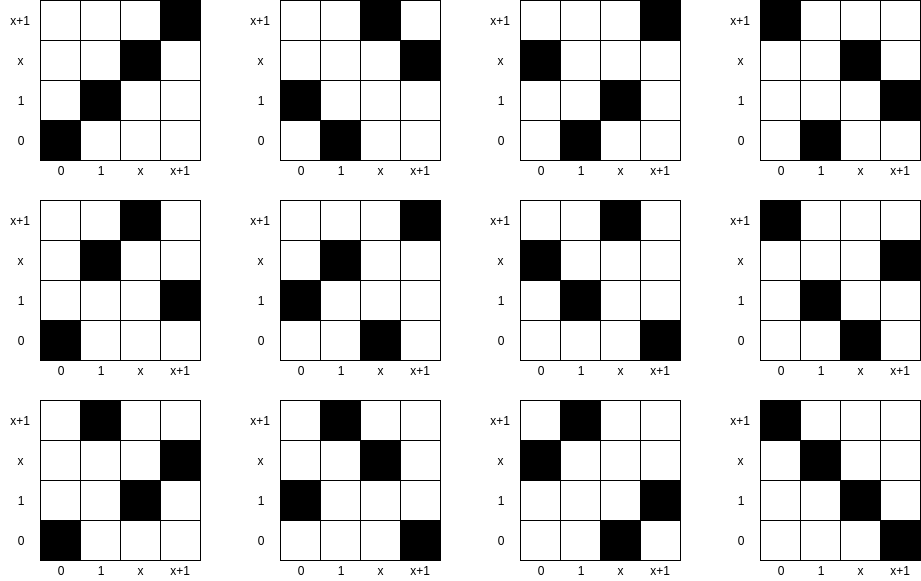 The lack of geometric interpretation does make the game harder to play; you pretty much have to memorize the twenty winning combinations, though note that they are basically rotations and reflections of the same four basic shapes (axial line, diagonal line, diagonal line starting in the middle, that weird thing that doesn't look like a line). 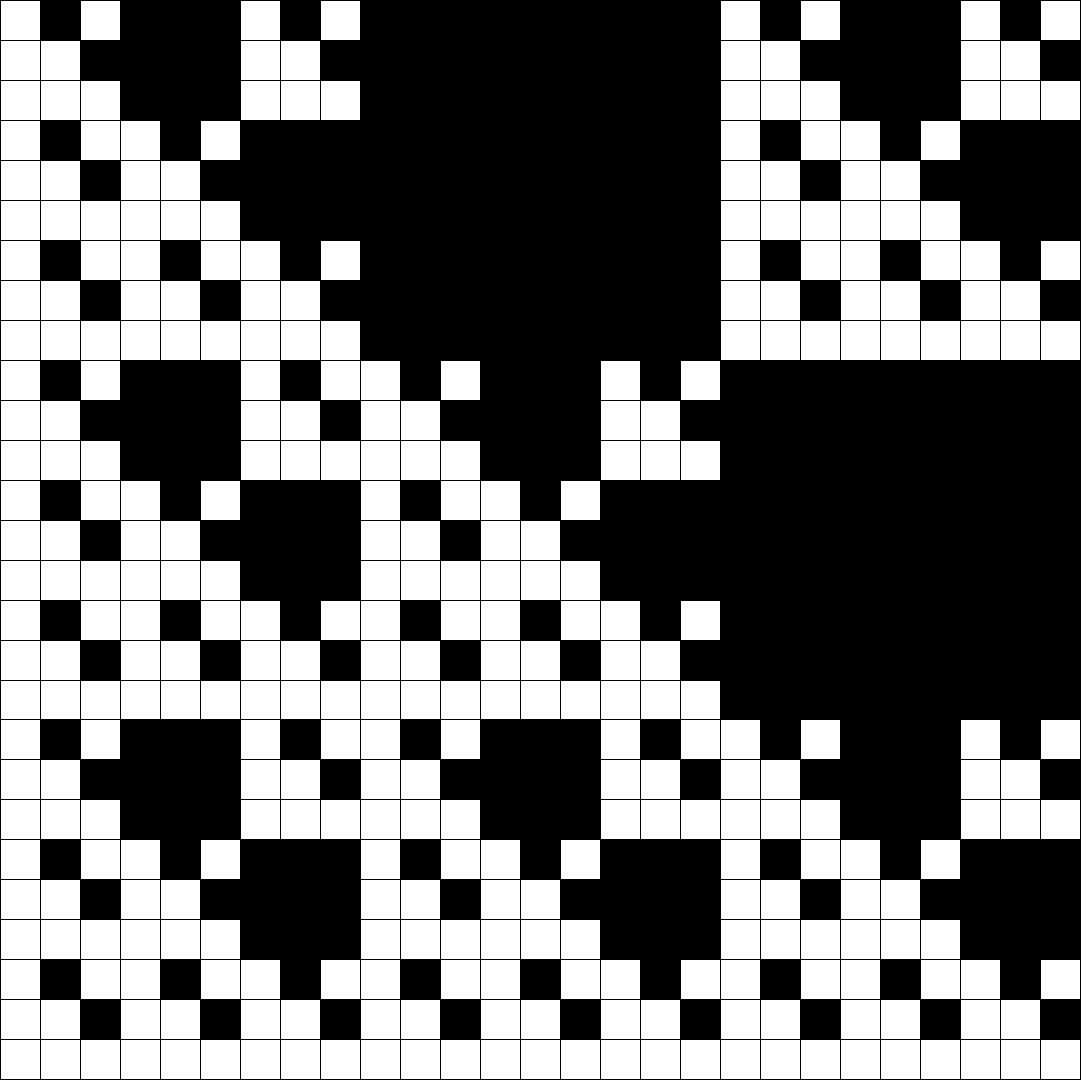 Everyone is dealt five (you can use whatever variant poker rules you want here in terms of how these cards are dealt and whether or not players have the right to swap cards out). The cards are interpreted as: jack = 11, queen = 12, king = 0, ace = 1. A hand is stronger than another hand, if it contains a longer sequence, with any constant difference between consecutive cards (allowing wraparound), than the other hand. 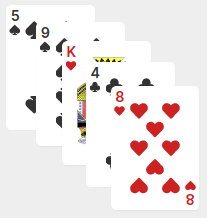 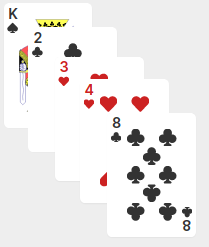 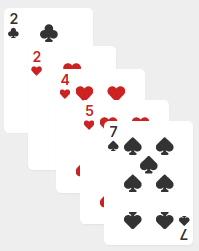 This hand has no length-three sequences.